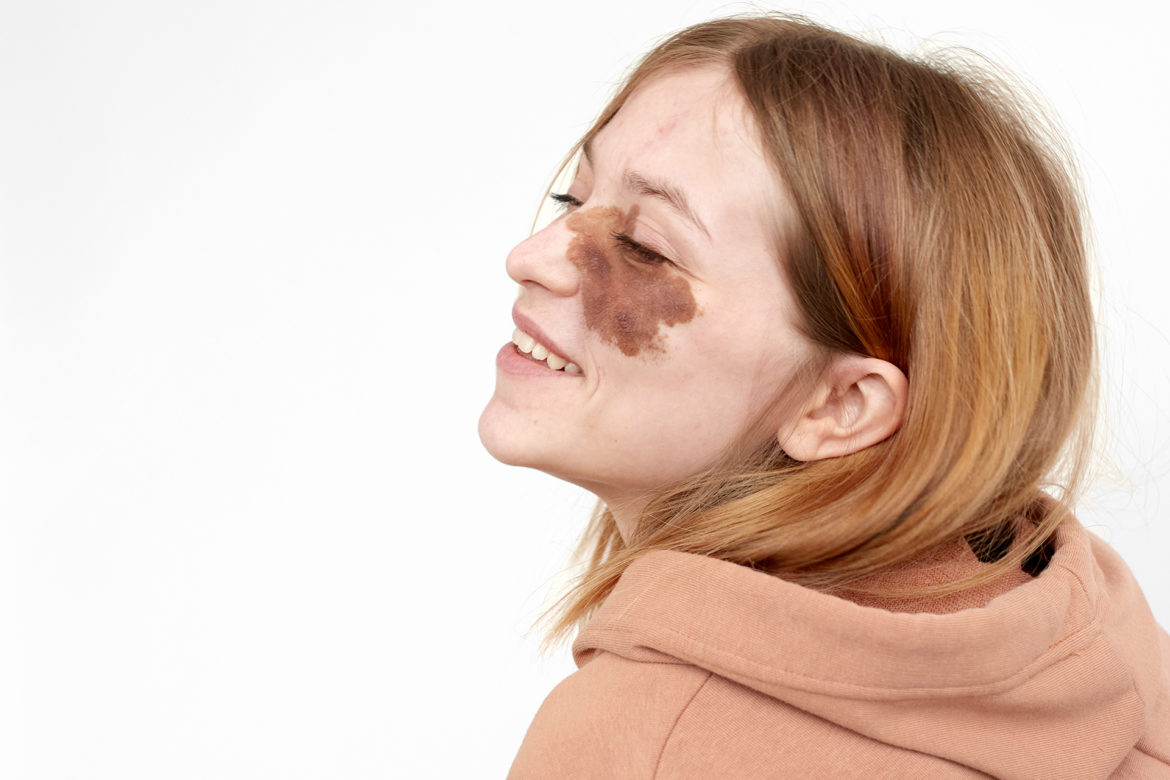 WHAT IS A VASCULAR BIRTHMARK?

Many babies are born with birthmarks. These can be pink, red, brown, tan, or blue, and often appear a few weeks after birth. Vascular birthmarks occur in 10 out of 100 babies. These kinds of birthmarks consist of blood vessels that have clustered together beneath the skin. They often appear as red, blue, or pinkish discolorations, and may be raised or flat.

The exact causes of birthmarks are unknown, just like most birth defects. Vascular birthmarks are not caused by circumstances during the mother’s pregnancy, nor are they inherited.

WHAT ARE THE DIFFERENT TYPES OF VASCULAR BIRTHMARKS?

Vascular birthmarks come in different kinds, though it may take several weeks or months before each can be identified. Macular stains, hemangiomas, and port-wine stains are amongst the most common types of vascular birthmarks. There are also several more rare kinds.

When it comes to vascular birthmarks, macular stains are the most common, and physicians often characterize them as faint or mild red marks. These are often found on the eyelids or forehead, and are sometimes called “angel’s kisses.” This variety often fades away in a year or two. When they occur behind the neck, they are known as “stork bites.” Stork bites often last well into adulthood. They also occur in other areas of the body, such as the upper lip and the tip of the nose, and are usually flat and pinkish in color.

“Hemangioma” is a rather broad term that encompasses most kinds of blood vessel growths, but in most cases, dermatologists use the term to refer to one of the most common kinds of vascular birthmark. It usually takes a few weeks before hemangiomas appear, instead of immediately after birth. This kind of vascular birthmark is divided into two types. The first type is known as strawberry hemangioma due to its bright red color caused by the abnormal blood vessels that are bunched near the surface of the skin, giving it a slightly raised look. The second type, cavernous hemangioma, is bluish in color because the abnormal vessels are found deeper beneath the skin. Hemangiomas commonly occur in premature and female babies, and may appear anywhere on the body or face. Generally, only one hemangioma occurs, though there are cases when two or even three appear. There are also very rare cases of hemangioma occurring multiple times, some even internally. Most hemangiomas rarely grow beyond two or three inches in diameter. Growth often begins within the first six weeks of life and ceases after the first year. By then, it gradually shrinks and turns white. By the age of five, about half of all hemangiomas would be flat, though it may take up to age nine in nine out of ten cases. A faint mark may remain, though generally, they go away completely. However, it is impossible to determine whether a hemangioma will completely disappear, or how large it will grow.

Occasionally, an ulcer or an open sore may form when a hemangioma grows or shrinks rapidly. These sores can become infected and are rather painful. A dermatologist should be consulted in such cases. The sore must be kept clean by applying antibiotic ointment and must be covered with dressing.

Further problems will occur when the hemangioma is located near the eye, nose, or mouth, or over the rectum or genitals. This should be closely monitored by your dermatologist, and may require further treatment.

These kinds of birthmarks do look like they would bleed easily, so this is definitely a concern for most parents. However, this should not be a problem. Only injury will cause a hemangioma to bleed. If this occurs, it will simply be treated like any other injury. The area should be cleaned with hydrogen peroxide or soap and water and covered with a gauze bandage. Applying firm pressure on the area for five to ten minutes is also advised. Call your doctor, if this doesn’t stop the bleeding.

In rare cases, a hemangioma may have significant growth in the course of a day or two. Call your dermatologist immediately if this occurs, or if it develops bruising.

For correct diagnosis and expeditious, appropriate treatment, a dermatologist should be consulted immediately once a baby is found to have a vascular birthmark. Parents usually won’t be able to stand watching a hemangioma grow without taking action. Most hemangiomas, however, eventually shrink and disappear by themselves and do not require treatment.

For hemangiomas that do need treatment, there are several kinds available. The pros and cons of each treatment must be carefully weighed as there is no treatment that is 100% safe and effective.

For hemangiomas that exhibit rapid growth, propranolol and corticosteroid medication is often used. Neither of these are given orally, or injected. It may be necessary for the baby to undergo repeated, long-term treatment. Cataracts, elevated blood pressure and blood sugar levels, increased chances of infection, and poor growth are just a few of the risks involved with this kind of treatment.

The growth of hemangiomas can also be hampered with the use of lasers. Most lasers, however, can treat only surface hemangiomas, as they cannot penetrate deep enough. Deeper components can be treated by a specific kind of laser, but that is not available at the moment.

Lasers can also be used to treat hemangiomas with sores that do not heal. There are many risks involved, however, and it can be expensive. Ulceration, pain, and scarring (in rare cases) may occur. If general anesthesia is involved, there may be additional costs and risks, as well.

Currently, experimental treatments are being explored and improved. In most cases, letting the hemangioma go away on its own still yields the best results.

Not to be confused with hemangioma, the port-wine stain is another type of vascular birthmark. Also known as capillary hemangioma or nevusflammeus, it occurs in 3 out of 1,000 infants.

Unlike other birthmarks, port-wine stains already manifest at birth. These are often found on the neck, face, legs, or arms, and are flat with red, pink, or purple discolorations. They can be any size and they grow along with the child, as opposed to hemangiomas. Port-wine stains also thicken and develop ridges or small bumps over time, and they stay for life.

Social, emotional, and economic complications commonly occur from port-wine stains, especially those that occur on the face. Facial port-wine stains, no matter how small, often have repercussions on how other people treat you, how you feel about your appearance, and even your chances of getting hired to do certain jobs.

Occasionally, the tissues surrounding a port-wine stain may experience gradual enlargement. Growth problems may occur in children with large port-wine stains on the legs or arms, so they should be closely monitored.

Over time, pyogenic granulomas, or small blood vessel growths may develop from port-wine stains. These should be removed as they bleed very easily.

Port-wine stains have been commonly treated with cover-up makeup. There are products that are made specifically to cover up birthmarks, and your doctor can provide you with the right information.

None of the numerous methods designed to remove port-wine stains have worked adequately. So far, new types of lasers have exhibited the best results with minimal side effects and risks.

Our center offers FDA-approved laser treatment for port-wine stains. Treatment should begin as early as infancy to achieve the best results. Laser surgery is an outpatient procedure, and will require multiple treatments every couple of months. The younger the patient, the fewer number of treatments will be required. Lasers have been known to completely eradicate the port-wine stain in approximately 25% of patients, while over 70% will notice significant improvement. However, a small percentage of patients do not respond well to lasers, for unknown reasons.

Laser therapy also has several risks involved. Patchy whitening or tanning of the skin may occur with some noticeable decrease or increase in pigmentation. This is temporary, in most cases. There may also be some minor bleeding, swelling, or crusting. These are often easily treated, and are rather unusual. Permanent scarring occurs very rarely. Laser therapy is not painful, but it can be rather uncomfortable. Anesthesia is very important for young children and infants, but is not necessary for adults. Higher costs and more risks are involved when general anesthesia is used to put the child to sleep. Most vascular birthmarks can be treated effectively, and some even disappear without any treatment at all. We are able to understand the causes and of vascular birthmarks and make improvements on their treatment even more with constant research.